Three Billboards Outside Ebbing, Missouri is a black comedy-drama film from 2017. The movie is directed, written and produced by Martin McDonagh. The movie has a a great cast, which is not only limited to Frances McDormand, Sam Rockwell and Woody Harrelson. The movie was released in the United Sates in November 2017 by Fox Searchlight Pictures. The movie went on to be critically well-received. The critics were in awe of the performances of McDormand, Harrelson and Rockwell. But they also loved McDonagh’s screenplay.

The movie won multiple awards – including Academy Awards and Golden Globe Awards. This movie was one of the best movies of 2017. It deserved all the praise and awards that it got. Let me tell you why I strongly believe this!

Three Billboards Outside Ebbing, Missouri  tells the story of Mildred Hayes (whose played by Frances McDormand). Her daughter has been raped and murdered. After 7 months of waiting for the police to do something, she takes matters into her own hands. Mildred decides to make a controversial decision. She rents three abandoned billboards near her home and posts on them three messages towards the police and the investigators.

Three Billboards is such a great movie. Back when I first saw the movie I hesitated to go watch it. I also wanted to see Jumanji: Welcome to the Jungle in my local movie theater that day. Eventually I decided to go watch Three Billboards Outside Ebbing, Missouri. And I couldn’t be happier that I made this decision, because I had just seen a masterwork on the big screen!

The biggest strength of Three Billboards lays in its script. A script that is perfectly written by director Martin McDonagh. You may know McDonagh from movies such as Seven Psychopaths. But in this movie he may have perfected his directing and screenwriting skills. The characters and storylines are perfectly written as a chess game. With every new scene the filmmakers move a chess piece on this movie’s board.

Every move a character makes gets a countermove from another character. Just as you can expect in a real chess game. In this controversial game of chess people learn that fighting each other on big issues, may not always be the best case for their problems. Sometimes these people need to learn to work together, so that they can forgive each other and themselves.

Frances McDormand plays her character with so much power. Her character Mildred Hayes seems to be the opposite of Woody Harrelson’s character Willoughby. But later in this movie you’ll find out that McDormand’s biggest opponent is herself. Her grief is making her a new person. She’s turning into something she had always hated in people like Sam Rockwell’s Dixon. Eventually she finds hope from the most unlikely place possible. This gives a memorable moment in which we see McDormand’s character smile for the first time in a long time.

At a first glance Sam Rockwell’s Dixon may seem to be another great opponent for McDormand’s Mildred. But again, this is not the case. The biggest opponent for Dixon is he himself. Dixon’s hate for other people makes him a tough character to root for. You won’t understand his motivations at first and will most likely dislike him.

However, as time goes on you’ll find out more about this character. You’ll start to sympathize with him. Dixon is learning from his mistakes and decides to take a new path in life. This is something that even our main character finds difficult in Three Billboards Outside Ebbing, Missouri. Mildred’s feelings for revenge and justice drive her to stay on a hateful path.

The core of Three Billboards lays in the character grow these characters go through. Every character shows who they are and what they’ve been through. The tragic but nevertheless beautiful soundtrack also fits these themes. The casting and acting from the other characters are also very fitting. We must not forget to thank the acting of cast members like Lucas Hedges and Peter Dinklage. The movie would not be the same without them.

Three Billboards Outside Ebbing, Missouri is a movie that takes you on a journey through life and death. You get to see all the aspect surround revenge, grief, love and hatred. Three Billboards is a movie that will first show you how cruel the world can be. Afterwards it will hold your hand and show you how powerful hope and love is. It will show you that these things can make the world a better place. I highly recommend this movie to moviegoers that love the drama-genre.

Would you rather read my Dutch review of this movie? Click here!

Three Billboards Outisde Ebbing, Missouri is a must-see movie. It takes you on a journey through all the good and all the bad sides of humanity. It shows how people can change and how they can find redemption. This movie is one of the best movies of recent years. 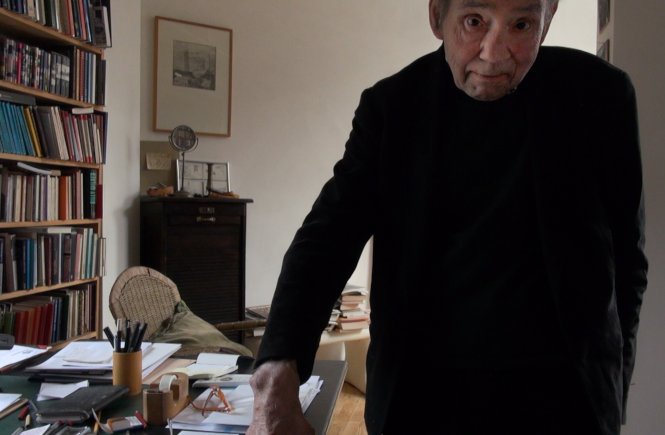 Recently I was asked to review a short movie that

Any cookies that may not be particularly necessary for the website to function and is used specifically to collect user personal data via analytics, ads, other embedded contents are termed as non-necessary cookies. It is mandatory to procure user consent prior to running these cookies on your website.